The collection of over 4,000 volumes has many examples of first editions, fine bindings, illustrated works and is particularly strong in architecture, nature and natural history, and studies of birds. There are many examples typical of a Victorian gentleman’s library: literature by Dickens, Scott, Tennyson and Burns, Scottish (and international) history, travel, geography, poetry and folklore, humour, chapbooks, special and commemorative editions of periodicals. 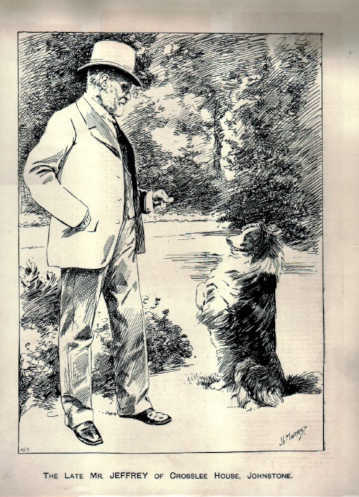 Robert Jeffrey (1827-1902) was born in Edinburgh in 1827 but was brought up and educated in Glasgow. He joined the family business in the textile trade, living at Crosslee House, near Johnstone, Renfrewshire.

Jeffrey retired in his early 40’s and travelled widely in Europe and United States. During his retirement Jeffrey became a serious book collector seeking 'works of permanent value in the best editions and handsomely and appropriately bound.' He collected reference books in subjects of his special interest such as Scottish history, architecture, particularly of Italy, and ornithology. Francis Thornton Barrett, the first Librarian of the Mitchell Library, was a personal friend, a joint executor of his will and was said to have advised Mr Jeffrey on his purchases.

The Robert Jeffrey Library is an outstanding collection of books which was bequeathed to The Mitchell Library in 1902 on his death by Robert Jeffrey of Crosslee House in Renfrewshire.

The collection of over 4,000 volumes has many examples of first editions, fine bindings, illustrated works and is particularly strong in architecture, nature and natural history, and studies of birds. Naturalists such as Bewick, Dresser, Bowdler-Sharpe, Selby and Gould are well represented. The collection includes many examples typical of a Victorian gentleman’s library: literature by Dickens, Scott, Tennyson and Burns, Scottish (and international) history, travel, geography, poetry and folklore, humour, chapbooks, special and commemorative editions of periodicals.

Notable items in the Jeffrey Collection include The Mitchell’s first copy of the Kilmarnock edition of Robert Burns’ poems, and the four volume double-elephant folio, Birds of America by John James Audubon.

You can access items in the Jeffrey Collection through Special Collections on level 5 of The Mitchell Library, subject to conditions [see link to ML webpage]

The terms of Jeffrey’s bequest meant that all the books were to be kept together as a distinct collection in a separate room. The 1911 Mitchell Library building was designed to accommodate the Jeffrey Collection in a splendid room called the Jeffrey Reference Library. This includes the purpose –built bookcases from his home. The Jeffrey Reference Library is accessible to the public through regular Library Tours.

The Birds of America, from Original Drawings 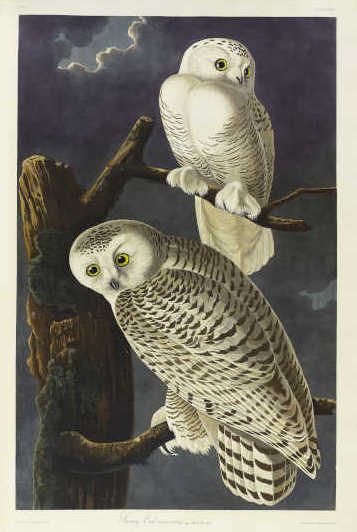 This great ornithological work contains 435 hand-coloured plates of more than 1,000 North American birds. So that each bird could be seen as closely as possible to life size, Audubon used the largest size of paper then available, known as 'double elephant'.

The original drawings for the work were made over a period of more than twenty years and the full set took twenty years to create. Birds are depicted in motion or feeding and in their natural habitat, making them come alive on the page. This outstanding work is a testament to the skill of Audubon as both naturalist and illustrator.

The original drawings are in the New York Historical Society in 1863 which bought them from Audubon's widow and they remain there to this day.

At 20 metres long, the Grand Funeral Procession of the late Field-Marshal Arthur, Duke of Wellington by Samuel Henry Gordon Alken and George Augustus Sala is the longest book in The Mitchell Library. An elaborate fold-out coloured panorama represents the entire spectacle – mounted on linen and stored in the original cloth case.

A million and half people lined the route of The Duke of Wellington's funeral on 18 November 1852. The event was unprecedented in British history for its vast crowds, frenzy - and vulgarity. It is said that Queen Victoria wept without restraint as she watched from her balcony at Buckingham Palace.

‘An immense interior with numerous wooden galleries with a drawbridge in the centre’. Carceri d'invenzione (“Imaginary Prisons”)

The ‘prison’ etchings form the second work in the Opere Varie.  They present Piranesi’s ‘sublime dreams’ at their most extreme.  Their visions of subterranean gloom and the nightmare world of chains, stairways leading nowhere and galleries peopled by tiny contorted figures are loaded with allusions to antiquity.  Like some of his other imaginary views the Carceri were unpopular in his own lifetime with the general public.  They are now, however, considered to be amongst his greatest works.  A fitting tribute to a fiery and temperamental architect and antiquarian.

Prideaux John Selby (1788-1867) was an ornithologist whose hand coloured drawings of birds were noted for their delicacy and being true to nature. His major work, Illustrations of British Ornithology, recorded all known species of British birds at full natural size. The work comprises two volumes: Land Birds and Water Birds and contains some 224 very large plates.

The only other comparable work is John James Audubon's Birds of America which was also published at this time. The Jeffrey Library also has a full four volume set of Birds of America.

The Birds of Asia

John Gould (1804-1881) ornithologist and publisher, was born in Lyme Regis. As a young man he took up his father's occupation of gardener but in 1825 he followed his interest in taxidermy by setting up shop in London.

In 1828 he was appointed animal preserver at the Zoological Society of London, then promoted to head of its ornithology department. In the late 1820s a collection of birds from the Himalayas region arrived at the Society and Gould conceived the idea of publishing a volume of hand-coloured lithographs of the birds, accompanied by text. This set a format of publication he continued with for the next 50 years, mostly of birds of the world (Africa excepted).

The care he bestowed on the plates and their colouring was remarkable, his object being to produce artistic pictures of birds and mammals in their natural habitats. His massive work, The Birds of Asia, took thirty-three years to complete, from 1849 to 1883. It was completed after Gould's death by R. Bowdler Sharpe)

The Jeffrey Library also has copies of Gould's Birds of Great Britain, Birds of Europe and Birds of Australia.

Karl Lepsius (1810-1884) was a Prussian Egyptologist and linguist and pioneer of modern archaeology. The high technical quality of this publication is partly due to the fact that Lepsius had learned lithography and copper engraving himself and personally supervised every stage of the printing, employing only the best craftsmen and resources available to him.

Alexandre du Sommerard (1779-1842) was a French archaeologist and art collector who took over the Hotel de Cluny as his home, thus preserving the only surviving medieval palace in Paris.

Replies from various major generals, generals, field marshals, colonels etc - veterans of the Battle of Waterloo, to the Duke of Wellington's invitations to Waterloo anniversary banquets at Apsley House. Includes cuttings and illustrations of veterans.

The Cathedral of Monreale in Sicily is one of the national monuments of Italy. It is best known for its extensive coloured mosaic pictures on gold backgrounds, which cover more than 6,000 square metres of the cathedral's interior surface. The church represents a dazzling mixture of Arab, Byzantine and Norman artistic styles. The plates used gold block foil printing methods.

Campi Phlegraei: Some Observations on the volcanoes of the two Sicilies, 1776 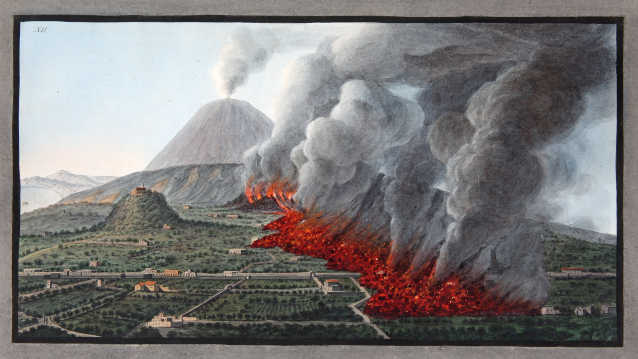 Sir William Hamilton KB (1730-1803) MP, diplomat and volcanologist, was Britain’s envoy to Naples and the Spanish court of King Ferdinand, at the time of the eruptions of Mount Vesuvius in the 1770s. Hamilton’s book contains beautifully illustrated colour plates, to show the eruptions from different perspectives, and are based on drawings made in site by artist Peter Fabris and later painted by local artists, all commissioned and overseen by Hamilton.