Camelia Ethel MacDonald (24 February 1909 – 1 December 1960) was a Glasgow-based Scottish anarchist and activist and, in 1937, during the Spanish Civil War, a propagandist on Barcelona Loyalist radio. She was born in Bellshill, Scotland, to Daisy Watts and Andrew McDonald, a coach painter.

After leaving home at sixteen, she joined the Independent Labour Party. She became secretary to Guy A. Aldred, who was the leader of the United Socialist Movement (USM). With Jenny Patrick (Aldred's wife) Ethel MacDonald travelled to Spain during the Civil War at the request of the anarchist federations, the CNT and FAI. There she helped with their international propaganda campaign by broadcasting from Barcelona and Madrid.

She was imprisoned on two occasions while in Spain, first on the technicality of failure to renew her residence permit, then, for 'visiting, harbouring and associating with counter- revolutionary aliens'. Nevertheless, in prison she persisted in engineering escapes, becoming known as the Spanish Scarlet Pimpernel. After going into hiding in Barcelona, she escaped back to Scotland, disillusioned by what she had seen in Spain.

On her return she gave a number of interviews and speeches about her experiences. From 1939-1959 she helped to print and circulate The Word (published by the USM) as well as setting up The Strickland Press with Guy Aldred, Jenny Patrick and John Caldwell.

Ethel MacDonald resided in Glasgow for the rest of her life. In May 1959 she took ill and became paralysed. She died in Knightswood Hospital, Glasgow on 1st December 1960, bequeathing her body to medical science.

View the full article in the Oxford Dictionary of National Biography 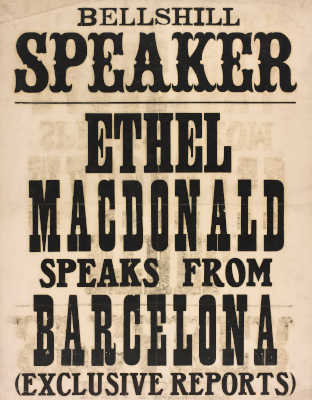 The Collection includes periodical publications and pamphlets issued by affiliated organisations in other countries including Scotland, France, Argentina and Mexico. There are also a number of press cuttings and items relating to Ethel MacDonald and the part she played in the Spanish Civil War. 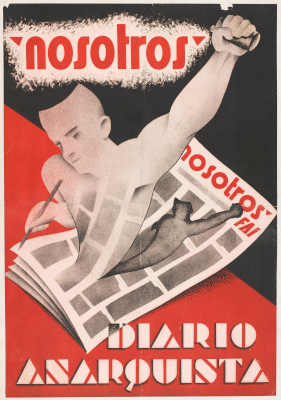 This colourful collection of fifteen highly stylised propaganda posters illustrate the passion and absolute commitment to the Republican political cause in 1930s Spain. The Spanish Civil War became a battle between left and right-wing political standpoints and with the support of Nazi and Fascist governments, the Civil War was one of the bloodiest in Europe since the First World War.

View a selection of Spanish Civil War Posters in our gallery 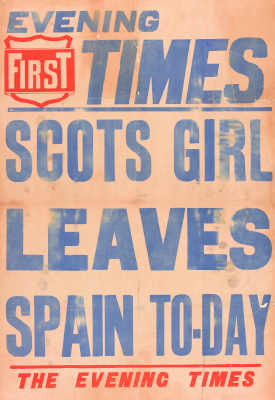