These collections of scrapbooks bring together concert and music reviews and news from the 19th and 20th centuries.

Turnbull was music critic of the Glasgow Herald between 1899 and 1921. These cuttings represent his articles and reviews and give a good insight into musical life in Glasgow at this time. A general music collection with opera well represented both by scores and librettos.

Robert Turnbull was a musician who played piano, and organ. He played at many churches during his musical career, including Bluevale Church, and Caledonia Road United Free Church. He spent some time as a teacher of music before he turned to journalism. “He had already attracted attention by the publication in a church magazine of articles which revealed not only a wide knowledge of music but an uncommonly fine literary craftsmanship […] His musical criticism, the delightfully racy articles he contributed to our columns, and his reviews of new music were notable for simplicity and lucidity of style and a lightness of touch that unmistakably revealed their authorship.” Glasgow Herald 19 November 1921, p6 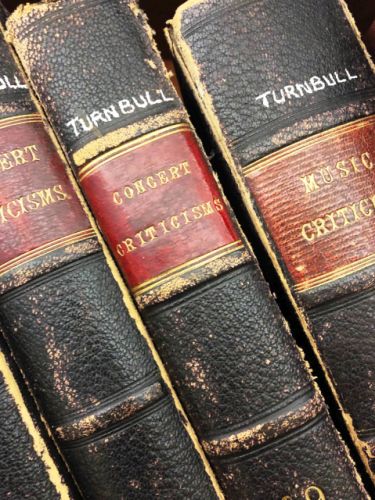 The scrapbooks contain news cuttings from a variety of titles and other material such as musical programmes. The cuttings relate mostly to classical music and performers and they feature performances, news, reviews, programmes, biographies and features.

R. Harold Thomson (1906-1980) was born in Rutherglen and studied at the National Academy for Music in Glasgow and at Edinburgh University under Sir Donald Tovey. In 1934 he joined the Music staff at Glasgow University where he the met the distinguished Northumbrian musician, William Gillies Whittaker (1876-1944) thus establishing a life-long friendship. During the 1930s he was also a lecturer for the West of Scotland joint committee for adult education.

In 1939 he left his post at the University to become vice-principal under Whittaker of the newly named Royal Scottish Academy of Music. From 1948 he was the Music Critic of The Glasgow Herald but gave up this position as well as his RSAM post in 1952 to become Head of Music at the BBC in Scotland. He remained there until he was succeeded by Watson Forbes in 1964.

As a performer he preferred not to seek the limelight restricting himself to accompanying and chamber music. He wrote a number of books on the rudiments of music and latterly devoted a large part of his time to carrying on the work of Whittaker, who was a noted authority on Bach. 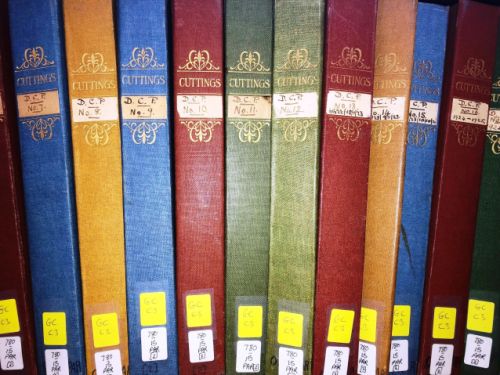 DC Parker contributed articles to many newspapers and periodicals including the Daily Telegraph, Evening Times and Musical Opinion. Parker was a writer on music and the first British biographer of Bizet. His George Bizet: His Life and Works was first published in 1926.

A.M. Henderson was organist and choirmaster to Glasgow University from 1906-54. Each volume is indexed by Henderson but there is no cumulative index. Two volumes contain cuttings concerning Henderson's own musical activities.