A collection documenting the administrative running of the George Bennie Airspeed Railway Limited company along with varied ephemera related to the construction of the mile long test run in Milngavie. 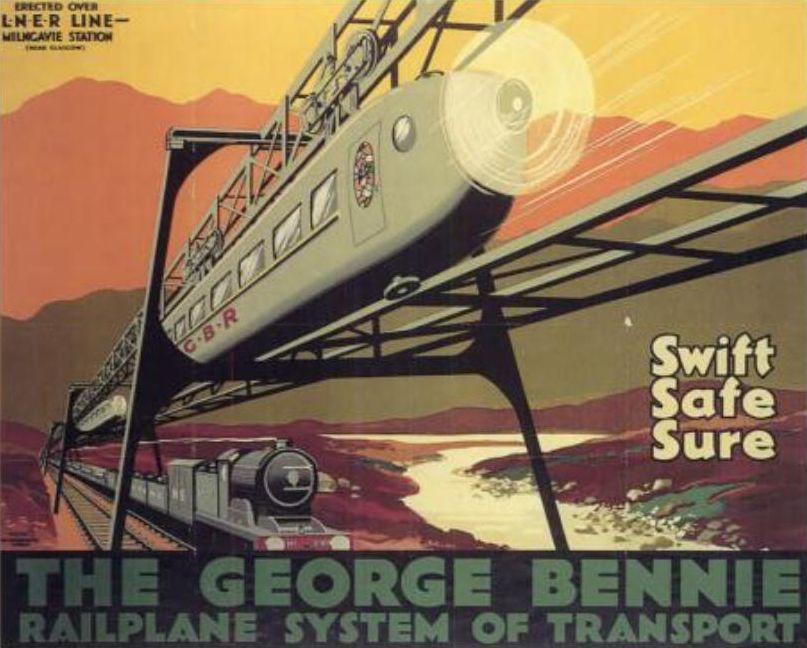 In the late 1920s, Scotsman George Bennie invented a rail transport system, similar to a monorail, which was also known as the George Bennie Railplane. George Bennie was born at Auldhousefield, Pollokshaws, on 29th August 1891. Following family tradition, he became an engineer, eventually serving in the Royal Air Force. By the time his first patent application was filed, he had moved to Normanhurst, Craigmore, on the Isle of Bute.

The economic depression of the early 1930s led to the Railplane project being shelved for a time and the advent of the Second World War meant that the project was to remain undeveloped. Bennie was unable to secure money to develop his scheme and, although passionate about his invention, was declared bankrupt in 1937. However, the line remained in situ until the 1950s.

This collection documents the administrative running of the George Bennie Airspeed Railway Limited Company from 1926 to 1951, along with varied ephemera relating to the construction of the mile-long test run between Milngavie and Hillfoot stations. The collection documents both the potential of the invention and its demise. It includes books, pamphlets, photocopied material, photographs, correspondence, news cuttings, minutes, and memoranda.

The Bennie railplane by William B. Black, 2004