An album of drawings, watercolours, hand printed pictures and photographs - also messages of greeting. Text in Russian with English translation. Itsent to the Anglo-Soviet Committee in Airdrie and Coatbridge from the women of Leningrad, which had been under siege since 1941.

About The Leningrad Album 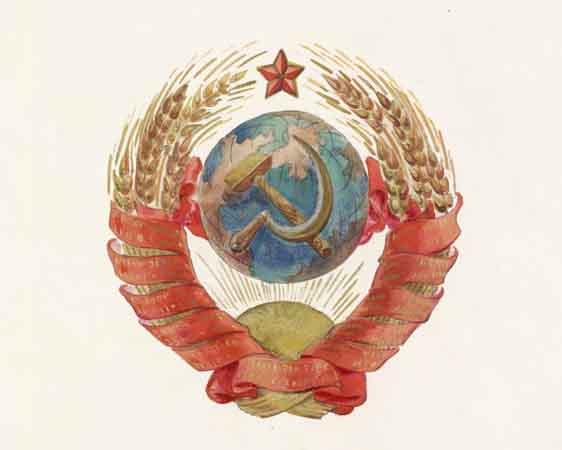 Frontispiece of The Leningrad Album by Anna Petrov Ostroumova-Lebedeva. 1942

In 1942, when the city of Leningrad was under siege from the invading German army, the women's section of the Anglo-Soviet Aid Committee in Airdrie & Coatbridge decided to send messages of support and solidarity to the women of Leningrad. The ‘Scottish Album' was taken to London and given to Madame Maisky, the wife of the Soviet ambassador. Due to wartime censorship, no further details are available of how the album made its way to Leningrad.  It could have been transported on a convoy ship to Murmansk or Archangel, by air or even by overland via the Southern states of Russia.  Once it arrived in Russia, there were only two ways into the city – either by air on one of the very few flights or (more likely) across Lake Ladoga, the main route into the city during the siege. This journey was made by boat in summer or over the ‘ice road' in winter.

To say thank you for this gesture of solidarity, a group of women in Leningrad compiled this beautiful and moving album containing paintings, drawings, photographs, hand-written letters and messages. The fact that this album was produced by women enduring extremes of cold and hunger and when thousands were dying every day in the city makes it even more remarkable.The Leningrad Album was supervised by Anna Petrovna Ostramova-Lebedeva, a well-known graphic artist in the city. Housed in a box with gold brocade box, the album cover is decorated with an ancient embroidery from the Russian Museum in Leningrad. There are 3,200 signatures, messages and photographs of housewives, workers and their children in happier times.

A full translation of the text is available. (PDF, 129kb)