The Mitchell Library has a large amount of material donated by the well-known Glasgow poet - and first Scottish 'Makar' - Edwin Morgan (1920-2010). As well as manuscripts, photographs and other items, the largest part of the collection is Morgan's own working library. 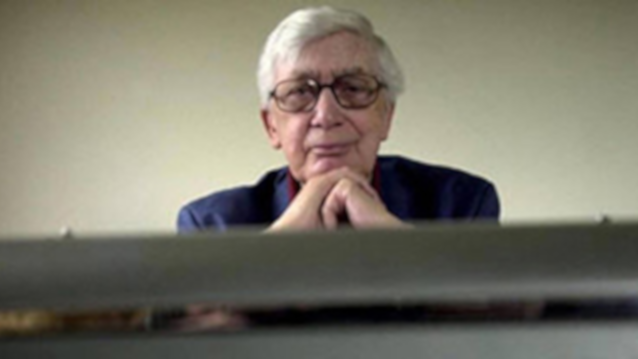 “I’ve always been equally attracted to something that’s intensely local and things that are international. I don’t know how far back this goes, but it must presumably go pretty far back…An interest in science as well as the arts for example. I never thought there should be a split between the famous two cultures. I think if you think in that kind of way, you don’t find dilemma or split or paradox really in writing sometime about your own native place which in my case is Glasgow, and something which perhaps is science fiction or relates to some other country or culture altogether. It just seems to come naturally to me and I just go on doing it.” Edwin Morgan, Nothing Not Giving Messages: Reflections on work and life (Edinburgh: Polygon, 1990)

Born in Glasgow, Edwin Morgan lived there all his life, except for service with the RAMC, and his poetry is grounded in the city.  Yet the title of his 1973 collection, From Glasgow to Saturn, suggests the enormous range of Morgan's subject matter. He was Glasgow's first Poet Laureate 1999-2002, and the first to hold the post of 'Scots Makar', created by the Scottish Executive in 2004 to recognise the achievement of Scottish poets throughout the centuries.

The collection contains Morgan’s large collection of books. His library showcases his wide range of interests – both academic and personal. Browse or search the online catalogue, you will find books on language texts, novels, translations, science texts, history, travel, art, and many, many volumes of poetry. A large number of the books contain inserts inside the front cover, added by Morgan. Press cuttings and book reviews are often found, though some books come with an inscription, card or postcard, sent to Morgan from the author, almost all starting with ‘Dear Eddie…’

A reader may request a book from the collection, only to find it has a selection of words or paragraphs carefully cut out from the pages. Morgan began creating scrapbooks in the 1930s, eventually amassing around 3600 pages. The scrapbooks included cuttings from books, newspapers and magazines, as well photographs and his own illustrations and notes. His well-used copy of Sweet’s ‘Anglo-Saxon Reader’ has had many segments cut out – and some even pasted back in! Some of the cut-out passages were pasted in to his scrapbooks, which are held in Archives and Special Collections in the University of Glasgow. Their blog post describes cut-outs and includes examples from the Mitchell collection. The Digitising Morgan website has many examples of Morgan's scrapbooks.

The poet had a keen interest in art from a young age, creating his own art work and then, later in life, becoming a collector. Alongside a small case containing paint, brushes and other art supplies, The Mitchell holds a number of his original artworks. These sketches and etchings, as well as a set of surrealist tablemats, were displayed in the library as part of the exhibition ‘Edwin Morgan: Drawings, etchings, etc. 1932-1943’ in June 1981