A collection of music recordings and manuscripts, research notes, and photographs of harps and musicians. Includes Gaelic songs.

Heloise Russell-Fergusson (1896-1970) was a Scottish harpist and clarsach musician and teacher. She gifted her collection to The Mitchell in the 1960s.

The Collection numbers almost 2000 items and is in two parts. The first part is the nineteen volume set: ‘A Collection of Photographs of Harps from the Earliest Times’, of albums of photographs and cuttings about harp stringed instruments. It features photographs of musicians including HRF herself and is a useful contribution to the history of musical instruments.
The cultural value of the second part is now becoming more widely recognised. This is the collection of reel to reel tape recordings, research notes, music manuscripts with lyrics in Gaelic focused around her final creative work “The Hebridean Song Story”.

Russell-Fergusson described her work as a "Song and Story from the Hebrides of Long Ago: a series incorporating songs handed down by Kenneth MacLeod of Eigg and other singers."
This piece blended field-recordings of Gaelic songs, made with technical inventiveness on potable tape recorders by Russell-Fergusson in Argyll and the small isles.

The songs were sung by Russell-Fergusson and local Gaelic singers around a storyboarded narrative which she created as a framework for the songs. Most of the songs and the narrative tales were based on Gaelic tradition and are well-known, but as some Gaelic music scholars believe, some of the songs and versions chosen, written and adapted, have survived through this work.  The work is a technical achievement, given the lack of sound

In 2018 The Hebridean Song Story was digitised for Glasgow Life by Pier House Studios. A master archival digital file; restored digital files based on Listening Committee comments, mp3 files and CDs were created. 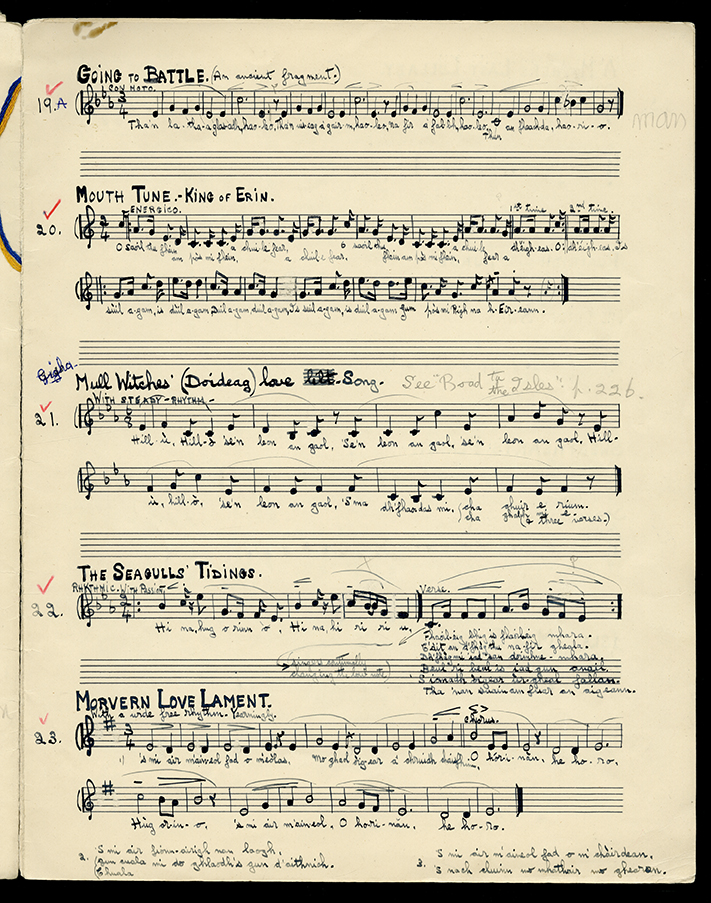